The 31-year-old Anaheim, CA, native; former Fire Control Technician for the U.S. Navy; and Community College of Rhode Island alumnus is now pursuing his bachelor’s degree in Psychology from Roger Williams University hoping to one day help fellow veterans who struggle with their mental health.

With no real sense for what he wanted to do with the rest of his life, Gallardo followed in the footsteps of his grandfather, a former sailor who served in World War II, and joined the Armed Forces at 20 years old. While serving at Naval Submarine Base New London in 2017, Gallardo lost a close friend and fellow sailor who committed suicide at the age of 23, prompting Gallardo to take a closer look at mental health issues and how they affect servicemen and women.

“I think people in the military are sometimes afraid to talk about it,” Gallardo said. “I want to normalize it and make it more socially acceptable.

“I thought to myself, ‘I can do my part by giving back to the veteran community.’ It would be a great way to remember him by.”

Gallardo’s long-term goal is to become a clinical psychologist working specifically with veterans and their families; many psychologists in the field work directly with the U.S. Department of Veterans Affairs (VA) and focus on the behavior, capacities, and emotions of veterans while providing a range of individual and family support services.

After serving eight years in the Navy – stationed solely in Connecticut outside of a six-month deployment to the Middle East in 2014 during the Yemeni Civil War – Gallardo stayed on the east coast to begin pursuing the next chapter in life. He enrolled at CCRI in the Spring of 2020, just before the COVID-19 pandemic forced a shift to remote learning, and graduated this past summer with an associate degree in General Studies. He is now in his first semester at Roger Williams pursuing a minor in Philosophy in addition to his studies in Psychology, all while he and his wife juggle parenthood following the recent birth of their 2-month-old daughter, Demitria.

College wasn’t always in the cards; following his discharge from the Navy in 2019, Gallardo worked a series of contractor jobs as a civilian, but ultimately wanted something more fulfilling.

“I realized what I was doing really wasn’t for me,” Gallardo said. “It didn’t satisfy me on the inside.”

Gallardo soon enrolled at CCRI, still unsure of what he wanted to do, and eventually met with Micaela Black, the college’s Vet Success Coordinator. She introduced him to a number of other student veterans who shared similar backgrounds. They, too, struggled with readjusting to life as a civilian both in and out of the classroom.

The camaraderie with fellow veterans and the guidance of those working in CCRI’s Veterans Services Office helped Gallardo make a smooth transition.

“It was comforting knowing there was a knowledge base there to help you with any issue you might have, important things like how to properly use your GI Bill®, or filling out specific paperwork,” Gallardo said. “It made a huge difference.

“The biggest thing was their welcoming attitude. You want to feel welcomed when you go back to school. Being a veteran and going to school can be hard, especially as an older student, and when you go to a place like CCRI that makes you feel welcomed, it makes going to class that much easier.”

Through speaking with fellow student veterans and offering his own advice along the way, Gallardo realized he enjoyed helping others and thought “maybe this is something I should pursue.” He is now halfway toward completing his goal of earning a degree in Psychology so he can help break down the mental health stigma that often works as a barrier to military service members seeking the treatment they need to survive.

“I think sometimes people in the military are afraid to talk about mental health issues. That’s something I want to change,” Gallardo said. “There’s a lot of work to change that stigma and provide help for our veterans, but we need to work just as hard for those in active duty, too.” 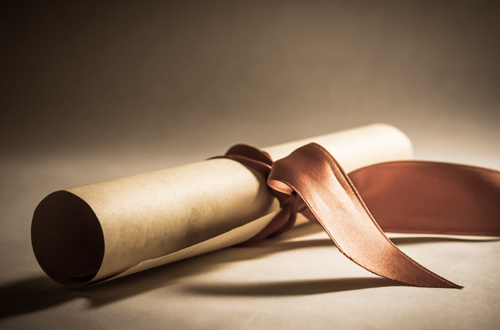