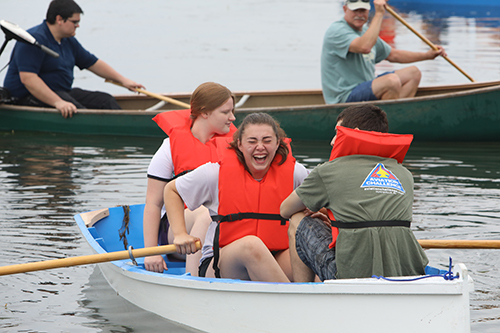 After building two 15-foot vessels during CCRI's Youth Summer Boatbuilding program, students launched their finished products into the saltwater pond at Ninigret Park, completing a five-week journey in which they learned valuable skills in the marine trades industry.

The same students who could barely use a tape measure or screwdriver when they enrolled in the Community College of Rhode Island’s Youth Summer Boatbuilding Program successfully launched their finished products into Ninigret Park’s saltwater pond, wrapping up a fun, but informative, five-week workshop learning skills often overlooked on today’s education landscape.

At a time in which career and technical education (CTE) training – otherwise referred to as vocational training – is enjoying a renaissance in high schools and colleges, CCRI remains at the forefront of workforce development.

CCRI’s Youth Summer Boatbuilding Program, a partnership with the Westerly Education Center and the Rhode Island Marine Trades Association (RIMTA), is an important teaching tool for children ages 14 to 16 who are interested in learning more about the boating industry or careers within the field. Like most CTE programs, it helps fill the gap between what schools are teaching and what jobs are currently in high-demand.

“What’s so exciting about this program is it’s the beginning of a continuum of learning and what makes it so powerful is it’s about the context,” said CCRI’s vice president of Workforce Partnership Julian L. Alssid. “Students are learning about tools and measurements and applying math in the context of building these boats. It’s a fun setting, it’s real, it’s tangible, and they can see the connection between the academic piece and the actual physical building of the boats.”

With grants from Real Jobs Rhode Island and the Westerly Education Endowment fund, the program is free for all students. They also receive a stipend in addition to learning “a skill that high schools no longer teach,” said Westerly Education Center coordinator Cody Fino, who directed this year’s inaugural cohort alongside longtime instructor Matthew Thayer.

“They’ve come a long way from the first week when they were just learning how to make hand cuts on wood,” Fino said. “They learned all of these skills throughout this program, and what’s really cool about it is that, as a group, they started at a level where they really didn’t know how to do these things.

“After these last five weeks, I really feel it was worth all the time and effort we put into this program.”

RIMTA originally launched the Youth Summer Boatbuilding Program in response to workforce shortages within the marine trades industry. According to RIMTA’s 2018 Marine Industry Guide to Growing the Workforce, increased boat sales have led to more challenges in filling orders and meeting service demands, a problem the report says must be addressed at the state and local level.

Other industries suffered from similar workforce shortages during a three-decade stretch beginning in the early 1980s in which the number of credits earned in CTE high school classes dropped by 14 percent, according to a 2017 study by the Brookings Institution. In that same span, overall CTE course-taking declined by more than 25 percent. Fewer workshop and trade courses offered in high schools resulted in the lack of a skilled workforce, said RIMTA director Brian Dursi.

“Shop class doesn’t exist in all the high schools anymore,” Dursi said, “so this is their first exposure to hand tools, to building things, to looking at plans and blueprints and then building that final product.”

With the reauthorization of the Carl D. Perkins Vocational and Technical Education Act in 2018, providing more than $1.2 billion in federal support for CTE programs nationwide, the trades industry is finally turning the corner. Jobs within the field are in high demand as the industry confronts a “graying” workforce inching closer to retirement.

There is still work to be done, and CCRI is doing its part through its recent partnership with Real Jobs Rhode Island, in which $1.6 million in grants from the state’s Department of Labor and Training are available to continue working on solutions to meet labor market demands.

“The students have not only learned to build these boats from scratch,” said Westerly Education Center executive director Amy Grzybowski, “but they’ve learned teamwork and many other life skills that are important.”

Encouraged by her mother, 15-year-old Hannah Martell from Chariho High School joined the program as an alternative to summer camp and finished as one of 13 graduates in this year’s class. The instructors split the students into two groups and guided them over the next five weeks as they built a pair of 15-foot vessels from scratch, including cutting and bending the wood, assembling the pieces and painting the finished product. They received certificates at graduation before launching the boats into the pond at Ninigret Park.

“When I was younger, I used to build stuff with my dad,” Martell said, “so I figured, ‘This might be fun.’ I liked it because we were actually involved in building the boats, not just watching.”

“It was more of a hands-on experience where you could participate and understand what you’re doing,” added 14-year-old Laura Wood from Westerly High School. “It was a lot of fun.”

Colby Winters, a 17-year-old senior at WHS, joined as one of the few students with prior woodworking experience and graduated with additional insight on the trades industry and which careers are in high demand. He plans to enroll at CCRI in 2021 and pursue a career in woodworking or metalworking.

“It was pretty interesting building a boat,” Winters said. “It made me more interested seeing how there are more things other than carpentry that involves woodworking.”

CCRI, RIMTA and WEC anticipate relaunching the program next summer, providing valuable skills to a new group of students who may one day become part of the state’s evolving workforce.

“We really want people to learn the skills that are in demand in good, career track employment,” Alssid said. “There are great opportunities in the state, and this can be the beginning for a lot of career paths.” 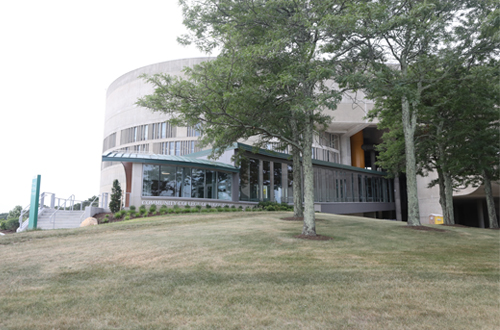 The Community College of Rhode Island announces its Spring 2021 Dean's List, eligible to students who have completed 12 credits with a GPA of 3.25 or higher with no grade lower than "C."

Cream of the crop

Twelve seniors from North Providence High School will graduate this year with their associate degree from CCRI in addition to their high school diploma as part of the school’s first P-TECH cohort. 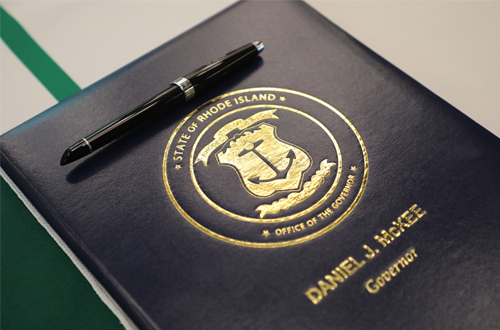 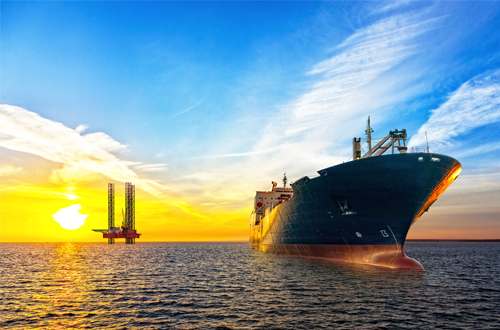 CCRI is one of only 27 two-year colleges to receive designation as a Center of Excellence for Domestic Maritime Workforce Training and Education by the U.S. Maritime Administration. 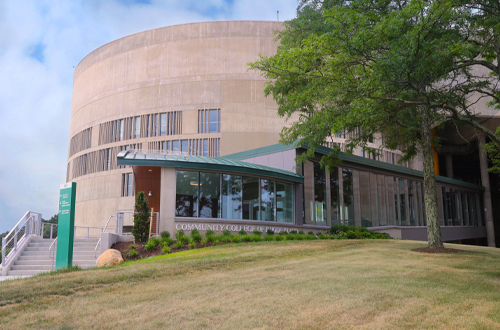 CCRI is one of seven community colleges nationwide to participate in the "Caring Campus Initiative" to increase student retention and success by improving their connectedness to the college. 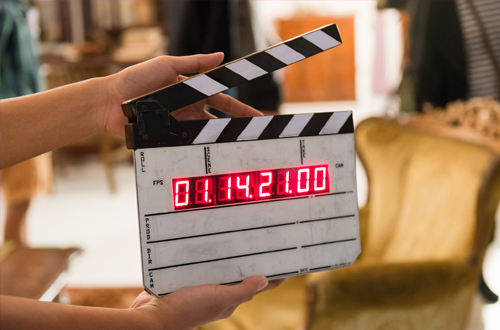 Theater Adjunct Anthony Goes recently starred in a two-episode run of the longtime police drama Chicago P.D. as the antagonist in the next-to-last and final episodes of the show's eighth season.