Community College of Rhode Island Adjunct Art Professor Brian O’Malley has curated a public screening for a group of independent animators next month, allowing them the opportunity to showcase their work to new audiences in a fresh, cinematic landscape.

The inaugural screening of O’Malley’s newly-formed Rhode Island Independent Animators (RIIA) collaborative – titled Rhode Island Independent Animators Shorts – is Thursday, February 6 at the Jamestown Arts Center in Jamestown, RI, featuring short films from 10 animators, all of whom live and work in Rhode Island. This is the first of four screenings O’Malley is planning for 2020. The films range in length from 77 seconds to more than 10 minutes and will be condensed into one feature film for viewing.

O’Malley, who is also one of the contributing animators alongside colleague and adjunct CCRI Art Professor Mara Trachtenberg, developed the concept as an outlet for independent artists with little to no budget looking for new ways to network, share ideas and present their films to a larger audience. O’Malley hopes the series, which he is planning on a biannual basis, will help expand the growing short animated film culture, particularly in Rhode Island. This year’s theme is transcendence.

“What happens when you make a short film is it doesn’t always get a lot of play,” said O’Malley, who both developed the concept for the RIIA and sought submissions from colleagues and local artists. “I thought to myself, ‘Why not get together with a group of animators, get a bunch of short films together in one timeline and see where it takes us?’

Animation covers a variety of mediums from standard cartoon drawings to more contemporary forms such as computer-generated imagery (CGI) and stop-motion animation, the latter in which objects are physically manipulated in small increments to create the illusion of independent motion.

O’Malley, a Providence native and recipient of the 2016 Rhode Island State Council on the Arts Fellowship in Film and Video, co-created La vuelta de la polilla/ the return of the moth with Daniel Penengo, a short film featuring O’Malley’s watercolor and graphite paintings. The collaborative piece will premiere February 6. O’Malley teaches Drawing, Color, and 2D Design at CCRI.

“We could sit down and watch it right now a small screen or smartphone, but when you go into a big, dark room, it’s cinematic,” O’Malley said. “Sitting in this space with a good gathering of people takes it to a different level. You become immersed in the visuals.”

Trachtenberg, a Wakefield resident who teaches Photography and Digital Art at CCRI, used stop-motion animation to create her 10-minute, 15-second film The Floating Hope of the Winged Elephantine, which also premieres at the Jamestown screening.

“This feels like the [Academy Awards] to me,” Trachtenberg said. “I’ve shown my pieces in many galleries, but to witness this on a big screen with powerful speakers in a non-gallery setting is going to be interesting. It’s a whole new world.” 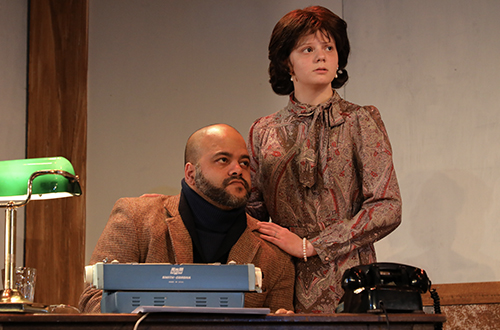 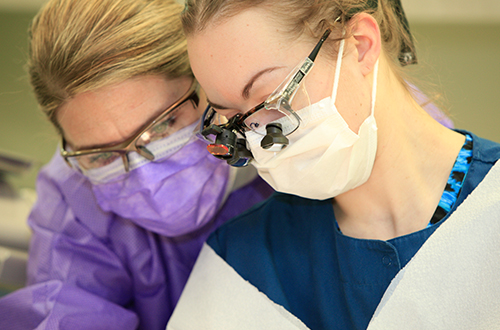 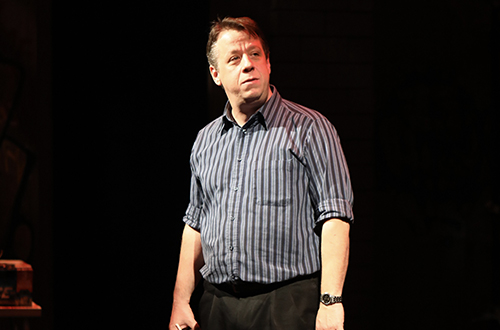 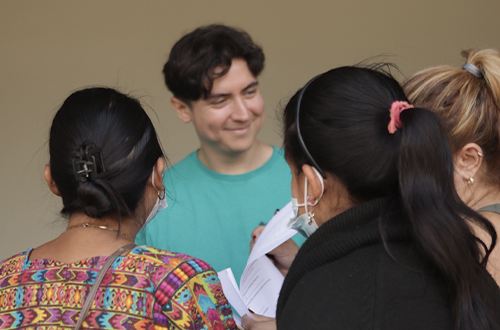 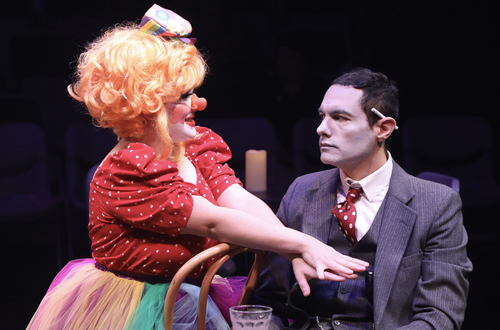 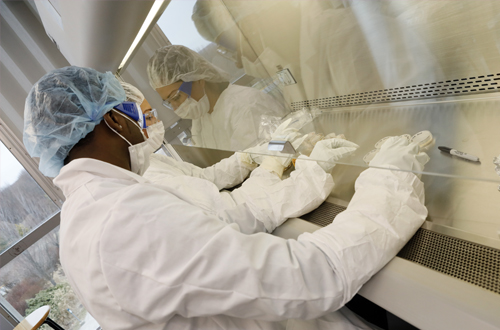 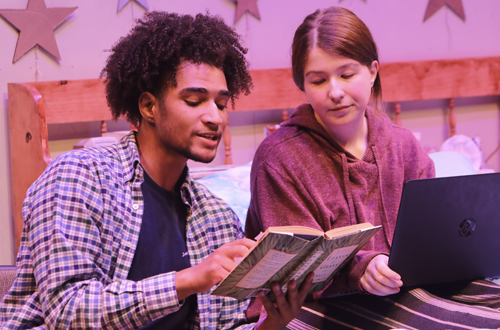