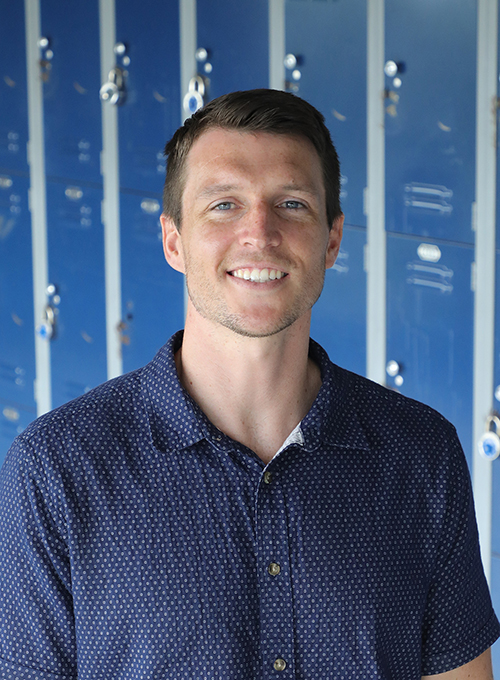 CCRI Math Professor Andrew Bechard's research paper on the economic effects of red tide in Southern Florida will be published in the October edition of the Journal of the Academy in Business and Economics (JABE).

A recent case study by Community College of Rhode Island Adjunct Math Professor and East Providence, RI, native Andrew Bechard on the economic effects of red tide in Southern Florida will be published in the October edition of the Journal of the Academy in Business and Economics (JABE).

Bechard’s project, which he also submitted for his doctoral program at the University of Rhode Island, compares sales at hotels and restaurants in six different coastal counties in Florida during months in which red tide is a factor with months not affected by the sudden growth in toxic algae.

Bechard began his research last summer and completed the report in May. He submitted the results to the JABE later that month and soon received word that it’ll appear in the third of its four annual publications in the fall. The JABE is a quarterly academic journal published by the International Academy of Business and Economics aimed at promoting contemporary research that contributes to theorists and practitioners’ knowledge about the international business and economics domain.

“This is quite an honor,” Bechard said. “I didn’t believe it at first. I wasn’t expecting this when I initially submitted it, so I was completely shocked. Now that it’s starting to hit me, I’m excited to see it published.”

The idea to research this topic came from Bechard’s initial encounter with red tide while studying for his master’s degree in economics at the University of Southern Florida in 2018. The outbreak that summer affected counties from Florida’s Panhandle to its southern tip and killed more than 150 dolphins and various marine life, forcing then Governor Rick Scott to issue an emergency order on both coasts until the bloom finally subsided in early 2019.

While Rhode Island does not experience such severe algal blooms, Bechard said, even minor red tide outbreaks can kill shellfish and prevent the harvesting of oysters, both of which can be detrimental to local tourism.

“During huge outbreaks, we notice significant losses,” Bechard said. “When it’s one or two days, it’s not that bad. Businesses can adapt. When it’s a huge bloom from several days in a row, it’s almost impossible to recover. Hotels suffer. Some restaurants shut down altogether.”

Red tide occurs when excess nutrients from inland areas pollute the seawater – all of which can be caused by anything from flooded rivers to erosion – resulting in harmful algae washing up from the bottom of the ocean floor onto the shoreline. The algae often leaves the water a reddish-brown color in addition to releasing toxins that harm marine mammals, birds and turtles and can contaminate shellfish ingested by humans.

While swimming off the coast in Tampa during his occasional break from the classroom, Bechard noticed foamy, discolored water along the shoreline. The trend continued for several days, forcing the city to shut down local beaches.

“The smell was so bad you could barely breathe,” Bechard said.

Intrigued by the possible economic effects on local tourism, he researched free data obtained from the Florida Department of Revenue to study monthly sales patterns between 2002 and 2018 at hospitality venues in the Collier, Lee, Sarasota, Manatee, Charlotte and Pinellas counties located on the southern end of Florida’s Gulf Coast.

The bulk of Bechard’s research focused on four significant time frames – early 2005, late 2005, 2006 and 2018 – in which harmful red tide outbreaks lasted for more than three months at their peak. The project itself has also become an important teaching tool in the classroom as Bechard uses his research data to teach students in both his math and economics classes to interpret graphs, spot irregularities and identify trends and outliers.

“One of the first steps in research is figuring out what would be a cool idea to research and thinking of topics that haven’t been covered yet,” Bechard said. “You need to have a creative mind, but you also need to be able to explain your ideas, otherwise you have nothing. That’s why I teach my students the value of a well-rounded education.”