In 2017, 323 Rhode Islanders lost their lives to overdose. That's more than the number of people who died in car accidents, murders and suicides combined. From 2011 to 2017, overdose deaths increased by almost 90 percent.

The opioid crisis is the pre-eminent public health crisis of our time. 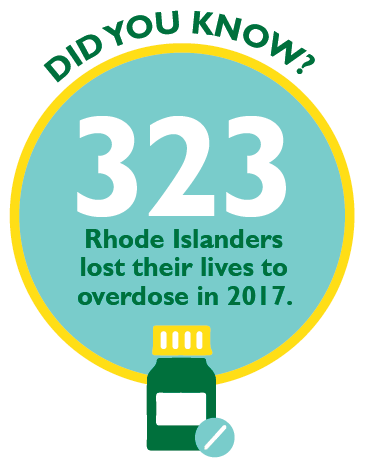 CCRI's Health Sciences departments will host the second in a series of awareness events on Rhode Island's opioid crisis geared toward its students and the Rhode Island community.

This event will present data the Rhode Island Overdose Prevention and Intervention Task Force has collected about the crisis. Two panel discussions will follow. The first includes Rhode Island public officials charged with action steps to reduce drug-related dependency and deaths. During the second panel, medical professionals will present data about the success of non-opioid pain treatment therapies.

According to the Rhode Island Overdose Prevention and Intervention Task Force:

It is time to change how we treat pain; opioids don't need to be the first line of defense.

Impact of the symposium

Watch this video to learn about the risks of opioid prescriptions, including side effects, proper storage and non-opioid treatment options.