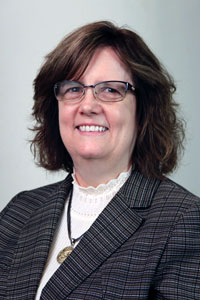 Professor Linda Ethier began her nursing career after graduating from the Community College of Rhode Island in 1988 with her Associate Degree in Nursing.

In 2000 she earned her BSN from Rhode Island College. At that time she was inducted into Sigma Theta Tau, an honor society for nursing. Professor Ethier graduated from University of RI with a Master of Science in Nursing in 2004. In 2007 she passed a certification exam and became a Certified Nurse Educator (CNE).