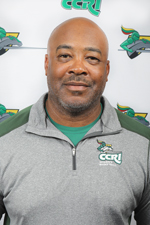 Taking over just prior to the start of the season, Haynes molded a team of young players – many of whom he did not recruit – and led them a 12-14 record in addition to an appearance in the Northeast District Championship.

Prior to taking over at CCRI, Haynes enjoyed an 18-year career as the head coach at St. Mary’s Academy at Bay View. Haynes earned Rhode Island Division I Coach of the Year honors seven times at Bay View in addition to being named the 2014 National High School Federation Coach of the Year. He also won two state championships, five state runner-up titles and seven division championships.

At CCRI, Haynes starred as a two-sport athlete from 1987 through 1989, exceling in basketball and baseball. He was the men’s basketball team MVP in 1988 and 1989 and was a two-time All-New England selection and an NJCAA All-American as a sophomore. He graduated as the fourth member of the school’s 1,000-point club and, at the time, the third leading scorer in program history with 1,043 points.

On the baseball field, Haynes earned two All-New England selections as an outfielder and posted a .403 batting average to lead the Knights to a third-place finish in the 1988 NJCAA World Series.

Haynes also attended the University of Rhode Island from 1984 through 87 before earning his associate degree at CCRI in 1989. He is employed in juvenile corrections at the Rhode Island Training School for Youth in Cranston and lives in North Kingstown.

Denise Scott returns to CCRI for her fifth season. She played two years for the Lady Knights and graduated as the school’s third all-time scorer with 912 career points. Scott is now ranked fifth on the all-time scoring list.

One of the most decorated players in CCRI history, Scott earned First Team All-American honors as a freshman and sophomore, the first player in school history to do so in back-to-back seasons. During her freshman year in 2006-07, Scott led the Lady Knights to regional and district championships in addition to a trip to the NJCAA Elite Eight, the first of her two appearances in the NJCAA Tournament. Scott earned four All-American honors in just two years at CCRI, including preseason and postseason First Team NJCAA honors.

Scott earned a scholarship to play at Le Moyne College in New York in the 2008-09 season and returned to the Ocean State the following year to play for her former CCRI coach, Marcus Reilly, at Rhode Island College.

Scott earned her bachelor’s degree in Sociology from Rhode Island College in 2012 and now resides in Riverside, RI. 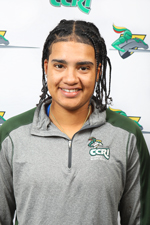 Brittany Wilson returns to the Lady Knights for her second year as assistant coach.

A former high school standout at Bay View under Haynes, Wilson earned All-State honors in 2005, 2006 and 2008 in addition to Gatorade Player of the Year honors in 2008. She led the Bengals to the State Championship in 2006 and was named finals’ MVP. Wilson also played basketball professionally in Germany, France and the Czech Republic from 2013 through 2016.

Wilson Graduated from LaSalle University in May of 2013 with a degree in Sociology.  She has worked at Barletta Construction since 2018 and lives in Pawtucket, RI. 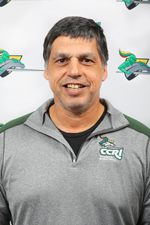 Joel Tuoni returns to the Lady Knights for his second year as assistant coach.

Tuoni boasts 32 years of coaching experience in the Rhode Island Interscholastic League, including 28 as a varsity coach in basketball and softball, and was a two-time Rhode Island Division I Coach of the Year award winner.

Tuoni also played at CCRI alongside Haynes and a was a co-captain on the 1988-89 team that won the New England and Northeast Regional Championships and appeared in the NJCAA Tournament. 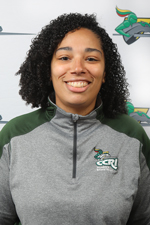 Wilkerson returns to the Lady Knights coaching staff for her fifth season, her first as a full-time assistant after spending three years as a volunteer.

She currently works at The J. Arthur Trudeau Memorial Center and resides in Warwick.