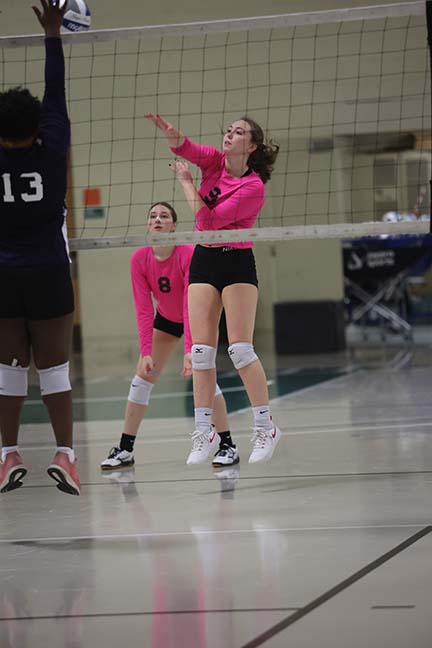 The Lady Knights entered the Region XXI Championship with a 5-3 record and were the No. 2 seed and faced the Warriors of Massasoit Community College. The Lady Knights had beaten the Warriors in both of their previous meetings on October 5th and 9th 3-1. Their meeting in the Region XXI Semifinals would be a much closer contest. CCRI won the first game by the narrow margin of 25-23. The Warriors stormed back to take the next two games 25-21 and 25-23 leaving the Lady Knights one game from elimination. However, CCRI was far from ready to quit. In the fourth game CCRI came out with tremendous focus and determination to win by the comfortable margin of 25-16 to force a fifth game tiebreaker. The Lady Knights once again we up to the task and won the match with a 15-11 victory in the fifth game to take the match 3-2.

CCRI advanced to the Region XXI Championship match where they faced No. 1 seed Northern Essex. CCRI had yet to defeat the top seed losing 3-1 September 21st and 3-2 October 2nd. CCRI was looking for their first victory versus the Blue Knights and were not going to let anything deter them for earning the Region XXI title. The Lady Knights dropped the first game 27-25 but rallied to win the second game 25-16. Northern Essex battled back on their home court to take the third set 25-21. In the fourth game it was gut check time as the Lady Knights found themselves trailing 20-14 as the stared elimination in the face. However, CCRI dig deep to win the fourth game 27-25 in dramatic fashion to set-up the fifth game tiebreaker. CCRI took the tiebreaker 15-11 to earn their first Region XXI Championship since 2016.